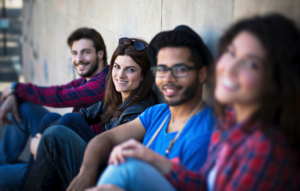 Working with youth is key to true gender-equality and the prevention and eradication of relationship abuse.

We must support female youth in understanding:

We must support male youth in understanding:

Bethesda House welcomes children of all genders into the shelter with their mothers.

SERVICES FOR YOUTH IDENTIFYING AS FEMALE OR OTHER

SERVICES FOR YOUTH IDENTIFYING AS MALE OR OTHER

Although Bethesda House is mandated by our primary funder to provide services to victims of abuse, we recognize that…

For this reason, Bethesda House provides a specialized group for male youth…

Overview of the “GUYS FOR CHANGE” group….

During the group process, the guys are helped to identify what’s in the “Man Box”. They unpack the box, examine the stereotypes, look at what they’ve bought into, name their issues and identify options in behaviour and thinking toward themselves, towards others around them and towards those with whom they have personal relationships.

Agencies identifying 5 to 10 male clients fitting the target population criteria may submit a request to Bethesda House to facilitate a “Guys For Change” group for those clients by contacting:

Click here if you are concerned about someone knowing the sites you have visited.